As promised I am sharing the first results of my new Ninja Foodi gadget that my mom gave me. What better food item to try with the Air Crisp setting than bacon? Can it cook bacon as well as it does when you fry it in a pan or bake it in the oven? Most definitely yes!

I placed the tall rack with the bacon into the Ninja and closed the lid.

The Ninja defaults to 390 degrees on the air crisp setting, I left it set there and put the timer to cook for 10 minutes.

After 10 minutes I removed the bacon from the rack, placed it on top of the rack and air crisped another 3 minutes. After that I continued to cook, checking after every minute, until it was cooked the way we like it. It ended up being about 15 minutes total, however, the thickness of the bacon and how crisp you like your bacon could change that. 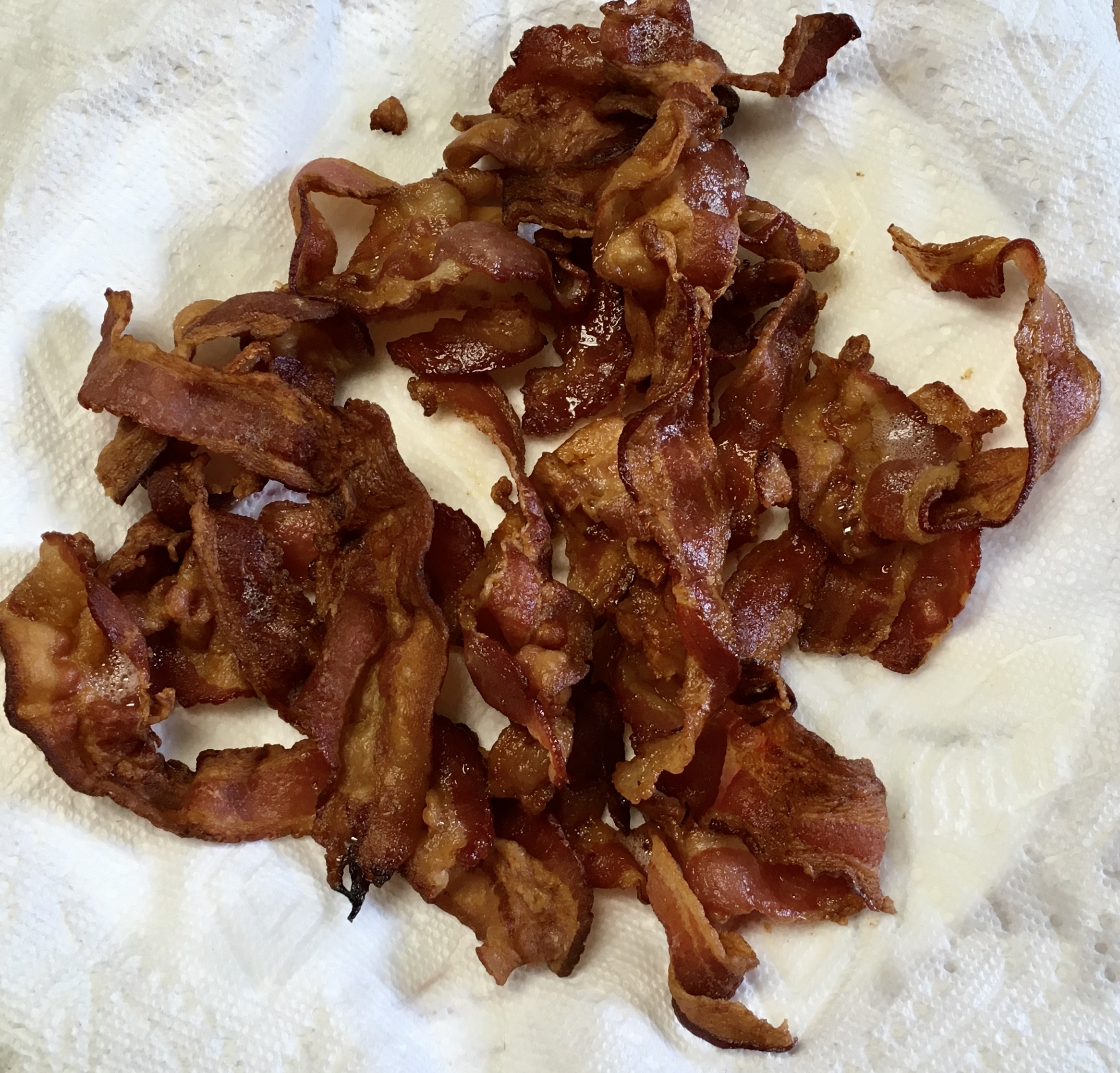 Using tongs I placed the bacon on a paper towel lined plate.

We made BLT’s and the bacon tasted great! Clean up was so easy too. I give the Air Crisp setting a five star rating.

NEXT NINJA FOODI REVIEW: SCALLOPED POTATOES AND HAM ON THE SLOW COOK SETTING.