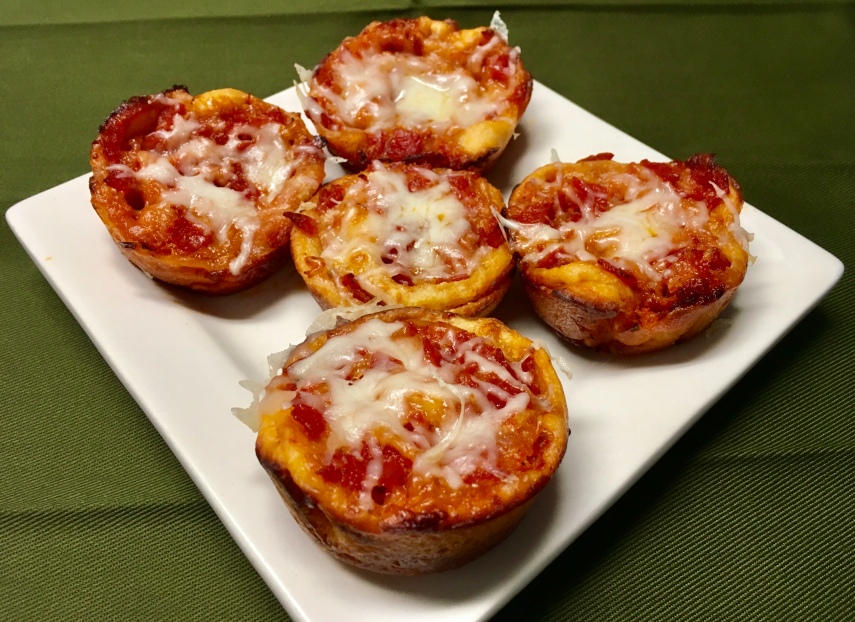 These Pizza Muffins make a great grab and go snack or a meal! I made these as a meal with the Grandkids but my husband is the one that loved them the most! I made these with pizza dough, a lot of pepperoni, cheese and a little sauce. I left the rest of the sauce to dip the muffins in after they were baked. YUM! 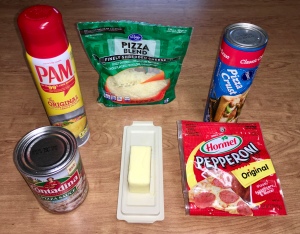 (I ended up not using the butter)

Cut the pizza dough in half making

Sprinkle the chopped up Pepperoni

evenly on both pieces of dough

keeping it away from the edges.

Sprinkle cheese on top of pepperoni.

Use a spoon and put a thin line

of sauce over the cheese. 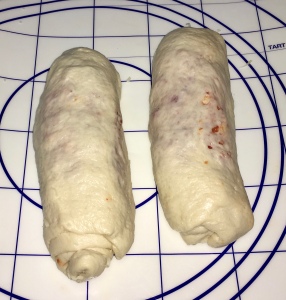 Roll up both pieces of the dough

starting at the short end and

going to the other short end. 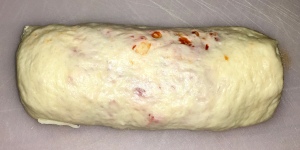 Using your hand gently squeeze and

make the roll longer without the filling

coming out. Each of my rolls ended

up about 8” long. Cut the ends off

where it is just dough. 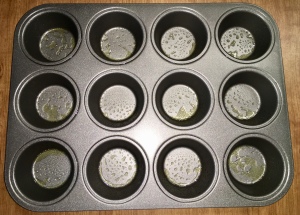 Lightly spray a muffin or cupcake

Cut each roll in half using a serrated knife.

Cut each piece in half again. Keep cutting

each piece in half until you have a total

of 16 even pieces when your done cutting.

Leave the roll intact as you cut each piece

so the pepperoni doesn’t fall out. Pick up

each piece with the knife or small spatula

and quickly place each piece flat in a muffin

tin. Use a fork and press the dough so that

the dough is touching the sides of the pan. 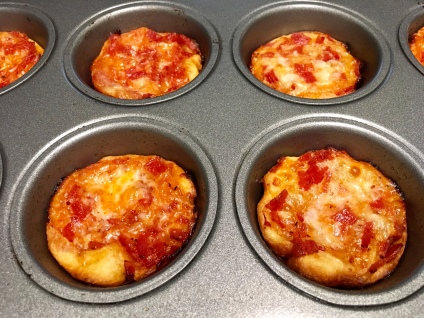 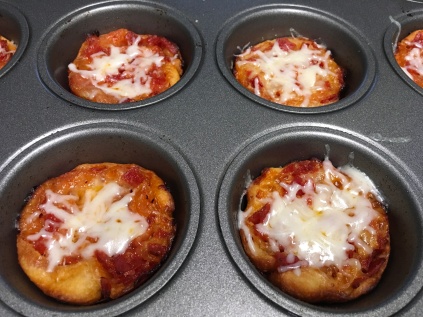 Bake in a 400 degree preheated oven for

about 12 minutes or until golden brown.

Remove from the oven and sprinkle

cheese on top of each Pizza Muffin.

Place back in the oven for a minute

until the cheese melts. Remove from

the oven and let cool a few minutes

then remove from the pan.

Serve with the extra pizza sauce.