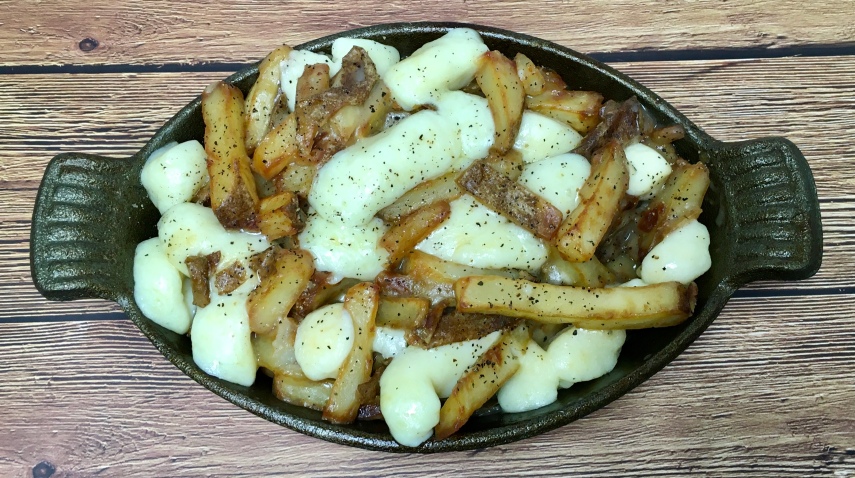 One of my followers, Rhiannon, asked me to try Poutine. She told me that her husband loves it and that she makes it for him once a week. I asked her what in the world is Poutine!

I Googled it and found the recipe that sounded the best for us from Seasonsandsuppers.

We have never tried Poutine before and we thought it was delicious! I made my own homemade gravy with this recipe. You could even use canned gravy to make it simpler. 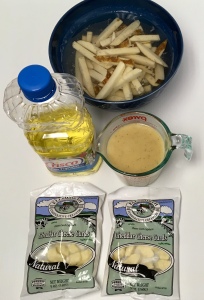 I only used one pack of curds.

You will need salt & pepper too. 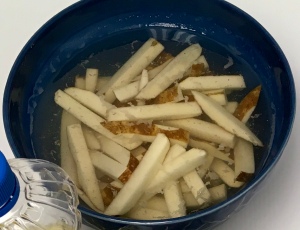 place them into a large bowl and cover with cold

tap water. Let them soak for at least an hour.

Drain the water and place the potato strips

onto a paper towel and pat off as much

of the water as you can. 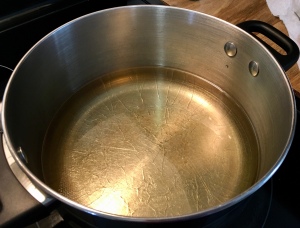 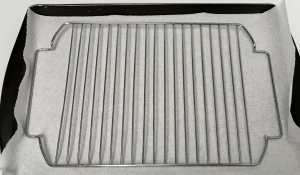 While the oil heats up, place a paper

wire rack on top of the paper towel. 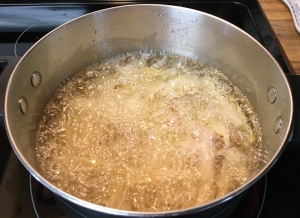 the potatoes and cook for 5 – 8 minutes. 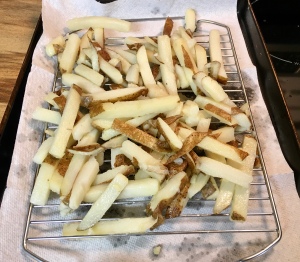 Remove the potatoes and place

them on the wire rack. 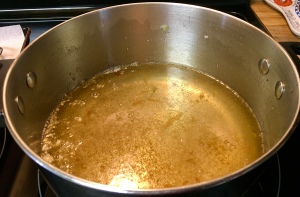 Continue to heat the oil until 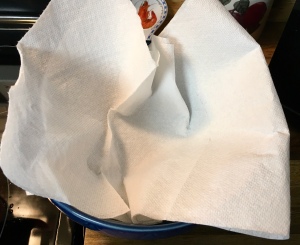 While the oil heats up, place a few

sheets of paper towel into a large bowl. 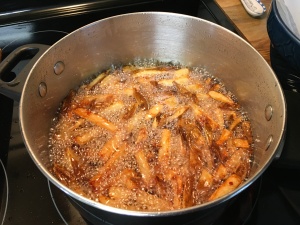 Once the oil is 375, add the potatoes

and cook until golden brown. 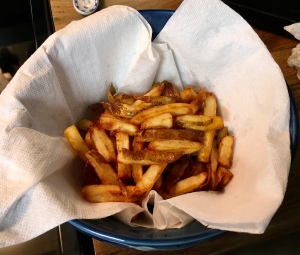 Remove the potatoes from the oil and

place them on the paper towel in the bowl. 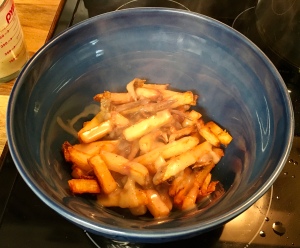 Remove the paper towel and pour

the hot gravy over the potatoes. 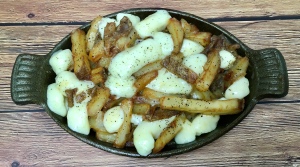 Toss in the curds of cheese, season to

taste with salt and pepper then serve.