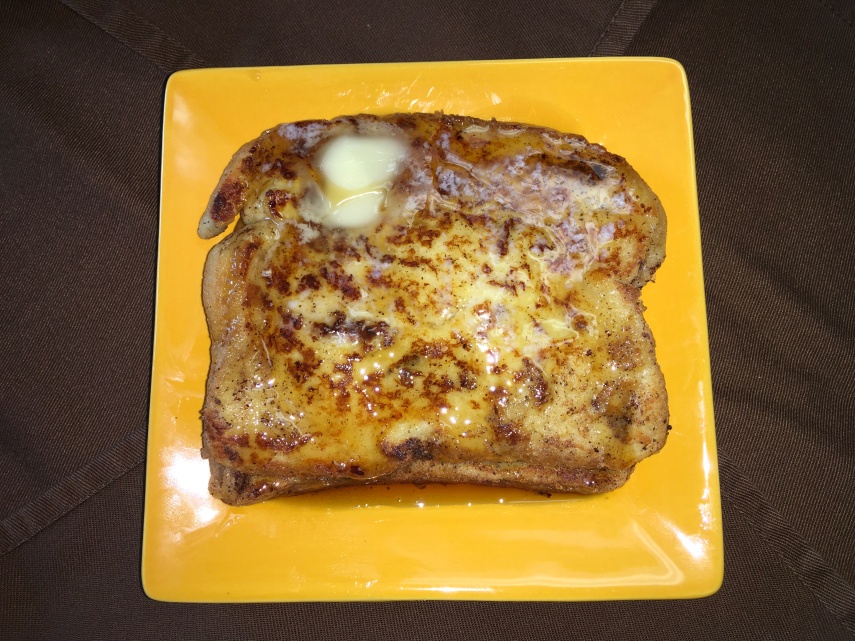 I can eat French Toast for any meal on any day! All that cinnamon, nutmeg, milk, egg and butter cooked into a thick piece of bread drizzled in syrup….YUM! OK not just any syrup, I need Mrs. Butterworth. I never cared for the real maple syrup. I’ll eat it if that’s all there is, but in our house it’s Mrs. Butterworth!

French Toast is one of the first things my daughter learned how to cook and she did a fabulous job even as a child. I loved it when she was still living home and would make it for me. So give it a try and cook up some French Toast for one of your meals, you won’t regret it. 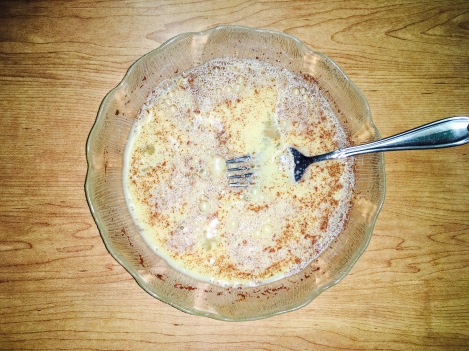 In a shallow bowl whisk the egg, vanilla,

nutmeg and cinnamon. Stir in the milk. 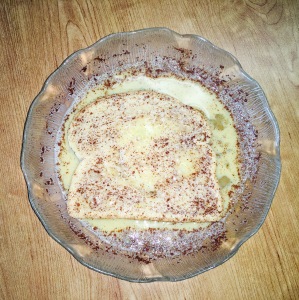 Heat a non stick pan over medium heat with

a tablespoon of butter. Once the pan is hot

and the butter melts, dip both sides of a

thick piece of bread into the egg mixture.

Don’t leave it there just dip, turn over,

dip the other side and place it in the hot pan.

picture above, flip the bread over and cook

the other side until it is golden brown too.

Remove the French Toast from the pan and

immediately put a pat or two of butter on

the hot French Toast. Drizzle with your