What is it about apples and cinnamon that tastes so good? This delicious Apple Cinnamon Bread is more like a dessert than a bread and is similar to the Amish Apple Cinnamon Bread recipes. With the apples in the recipe it makes the inside so moist. Apple season is almost upon us so save this recipe for those delicious fall apples.

loaf pan (I use Crisco shortening). 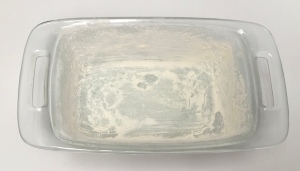 Add about 1/4 cup flour and tilt the

pan coating all of the grease with flour

discarding any flour that doesn’t stick.

I have found, over the years, that

greasing a bread pan this way allows the

bread to release without sticking

In a small bowl, mix the brown sugar

and cinnamon together, set aside.

Using a mixer on low-speed, beat the

until smooth and creamy.

Beat in the eggs one at a time beating

well after each addition.

Add the vanilla and mix until fluffy.

In a small bowl combine the

to the butter mixture. 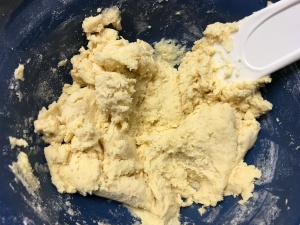 Stir by hand with a spatula or spoon

until you can’t see the flour anymore.

Pour the milk into the batter. 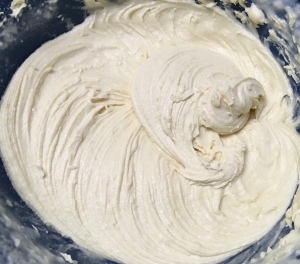 Stir by hand until most of the milk

combines with the batter and then use

the mixer, mixing until smooth and creamy.

Add half of the batter to 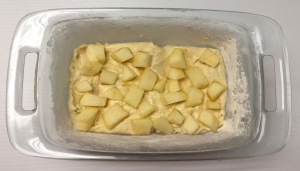 Add half the diced apples evenly on top.

Add half the cinnamon sugar on top. 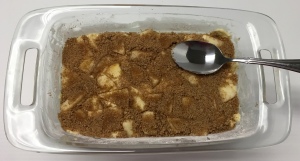 Repeat by adding the rest of the batter,

Using the back of a spoon, lightly

press the apples into the batter.

Using a knife, swirl the cinnamon

topping around the apple pieces.

Bake in a preheated 350 degree oven

for 55-65 minutes or until a toothpick

inserted in the center comes out clean.

Let the bread cool in the pan on a rack

for 10 minutes then remove the bread

from the pan and continue to cool on the

rack. Slice and store in an airtight bag.